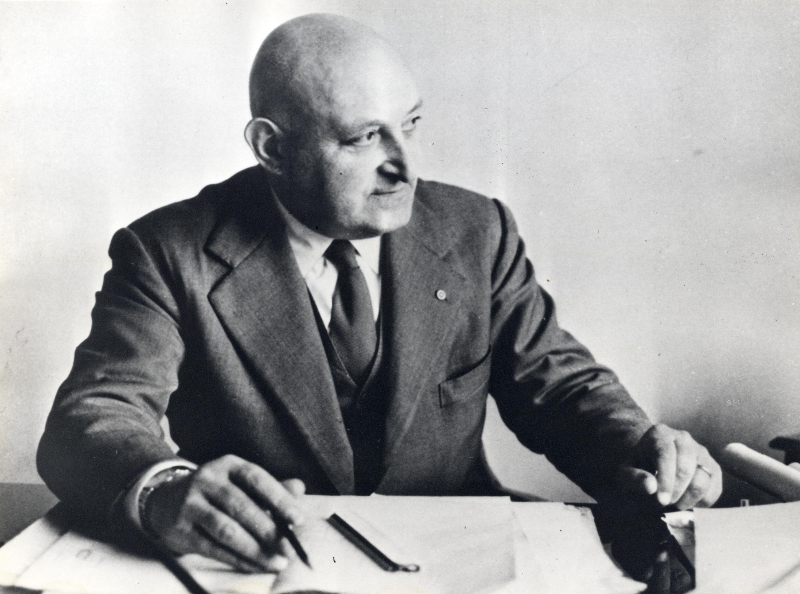 In 1932 the great engineer Corradino d'Ascanio started working with Piaggio, already inventor of the first helicopter and the variable pitch propeller, the future ‘father’ of the Vespa.

In 1932 an engineer from Abruzzo named Corradino d'Ascanio started to work with Piaggio as consultant. He had made a name for himself in the aeronautical sector as inventor of the first helicopter, the D'AT 3. He was still not aware that his name will be doubly linked to the mythical Vespa, which he will coordinate the invention of, for the next 14 years.

As well as that, when Corradino d'Ascanio joined forces with Piaggio, he had just invented a revolutionary instrument for the nautical and aeronautical world. This is the variable pitch propeller, which allows the best acceleration and manoeuvrability of vehicles, and also inverting the movement of ships without using adapters or reversible motors.

The variable pitch propeller continued to bring Corradino d'Ascanio good fortune even during the Second World War. Once the conflict is over, the aeroplane market contracts and Piaggio, the company d'Ascanio works for, risks closure. At that point, Enrico Piaggio had no choice but to think up a new product betting on his two wild cards: the functionality of his aeronautical components and the ingeniousness of his bets collaborator. The Vespa is to be the result of this.