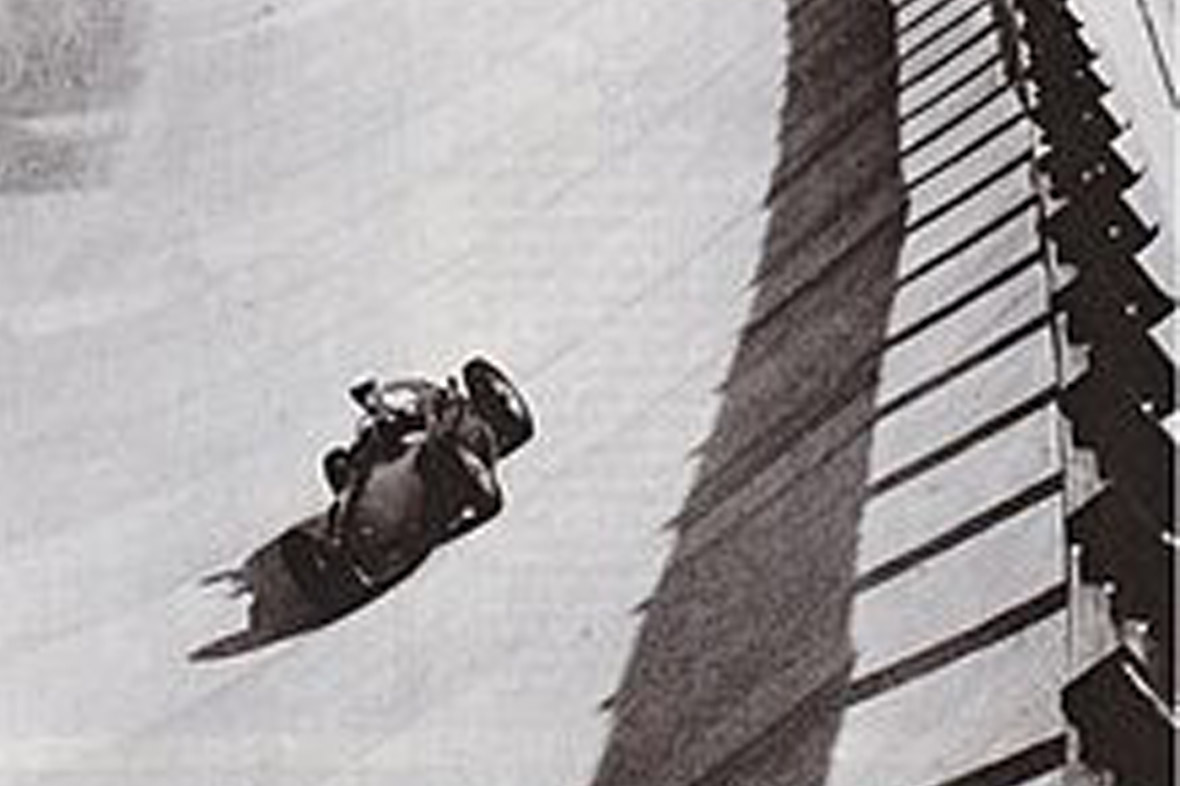 In 1955, the historical speed ring was eliminated and replaced with a new “Sopraelevata” banking. Two more innovations made way: the famous “parabolic curve” and the guard-rail.

1955 was an important year for Monza from a technical point of view, with new renovations carried out on the track. The legendary “Sopraelevata” banking, built in 1922, was definitively discontinued and, at the time of its “retirement”, its peculiarities should be remembered.

At one time, the circuits had just a few curves, but with very steep inclinations, to allow to reach very high speeds - a great show for the public. Thanks to its first speed ring, Monza’s autodrome was important ground for studying the connection between straights and bends.

One “Sopraelevata” banking was abandoned, another took its place. In 1955, a brand-new speed ring was designed that restored the original length of the 10-km circuit and remained as such until 1969. Based on the first ring, but with reinforced concrete instead of an embankment, its curves were calculated for a theoretical maximum speed of 285 km/h.

With regard to curves, the same year the so-called “parabolic curve” was inaugurated, that is, the last bend before the straight of the finish line, destined to become a very important curve. Driving on it well, and as fast as possible, allows drivers to achieve a good time in two different laps: the ending one and the beginning one.

Finally, 1955 was the year when the guard-rail - a metal barrier used to contain vehicles within the circuit after careening - was experimented on the new speed loop for the first time. It was only after this test that the guard-rail was introduced onto public roads, in order to reduce the number of fatalities.