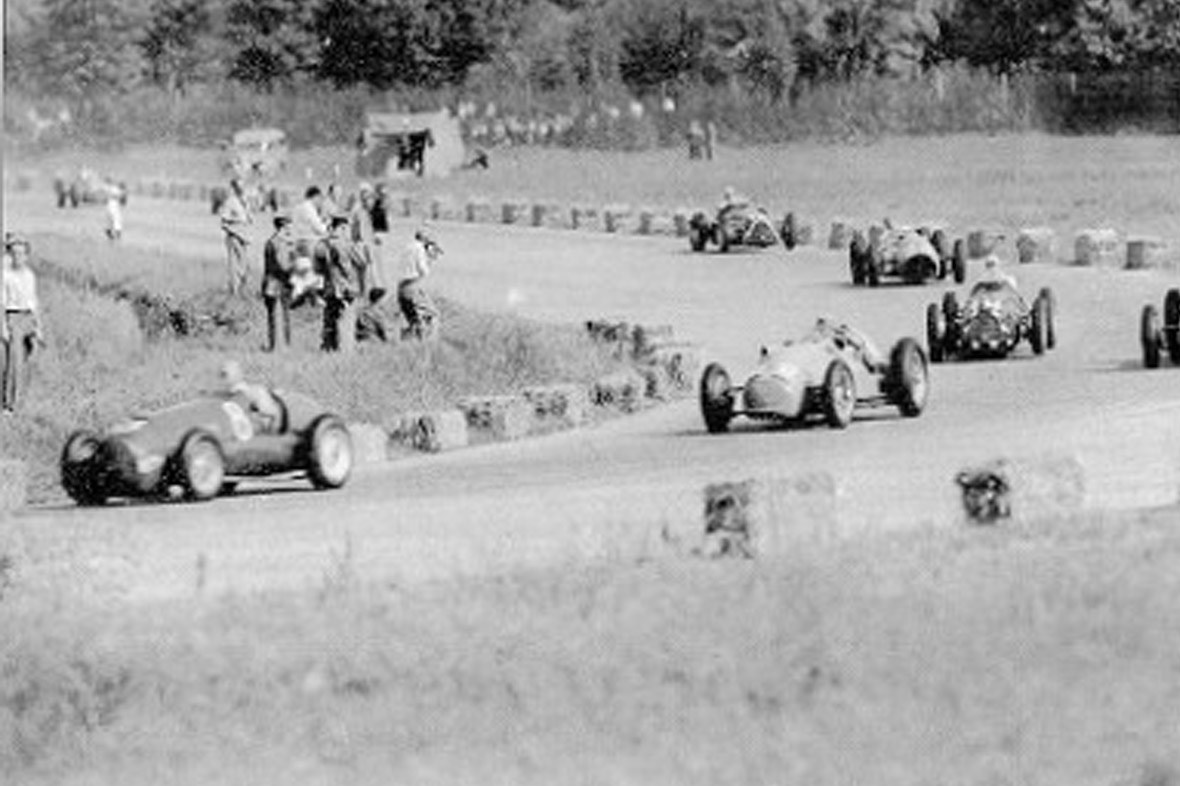 During the 30’s, when the war wind is blowing, a series of building works begin which will change the face of the Monza racetrack.

The 1930s are strange years for the Monza racetrack. Due to political reasons, motorcycle races are transferred to Rome at the Littorio circuit. However, on return to Monza in 1936, in the face of all political allegiances, Moto Guzzi 250 vehicles excel over the German DKW’s and BMW’s by a long way.

In the meantime, the racetrack receives some modifications. The spectacular high speed ring built in 1922 is partially closed. The reason is an accident occurred in 1932 on the southern flyover bend because of a patch of oil on the track. The balance is heavy: the three racing drivers Campari, Borzacchini and Czaykowski lose their life.

The episode now brings a global rethink on the original route. Works commence in 1938 reducing it by about 4 km. The flyover bends are demolished and the track is modified by the moving forward of the Vialone bend. Now the cars would no longer be placed in the central approach of the park, but on the new “main straight stretch” going parallel to the previous one but for longer.  At the end of this, there would be two new elbow bends on the straight arrival route.

Unfortunately, the winds of war are at the gates and during the conflict years the Monza racetrack is used for anything but races. It becomes a safe house for Public Vehicle Register files, for the offices of the Milan Automobile Club and also for displaced fierce animals from the zoo. In the years after the war, it is used as a deposit for military vehicles and war remnants.

There is a wait until 1948 for clearing the track and resuming of agonistic activity. As usual, once the go-ahead is given, everything happens in record time: in two months the racetrack is renovated and Monza is ready to be a dreamscape again.