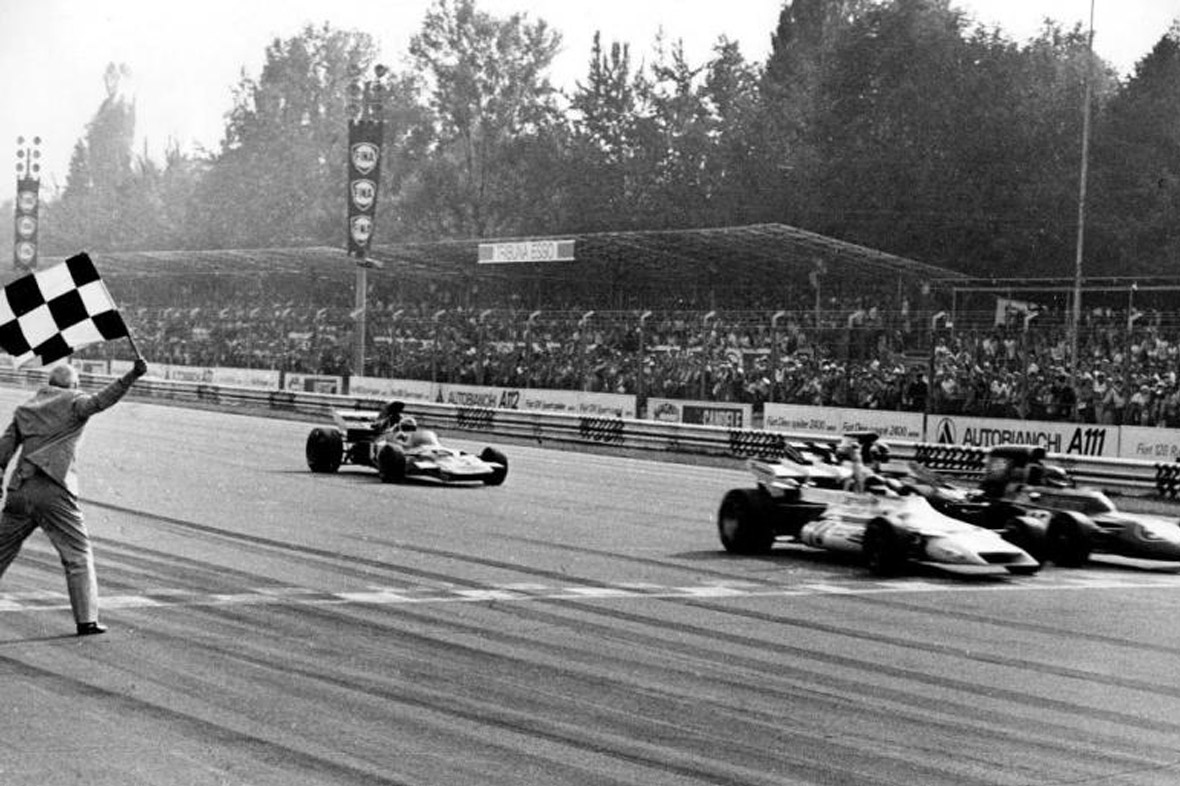 In less than a second, five racers reached the finish line. It was the 1971 Italian Grand Prix, and that is another record for Monza.

The 1971 edition of the Italy Grand Prix is remembered as one of the most legendary arrivals to the finish line in Formula 1 history. We need to remember that, at the time, the Monza racetrack did not have many chicanes, therefore the straight routes were very long and devoid of reasons for slowing down. This means it is not always possible for the drivers to distance themselves from one another during acceleration.

Beyond that, in the same Grand Prix the average speed of 240 km/h is beaten, and with it the safety threshold of the circuit. Cars get more and more powerful, but also lighter and more fragile, and the risks involved increase proportionally. During the 70’s, deviations and chicanes are added on to slow down the track and reduce the chance of accidents.