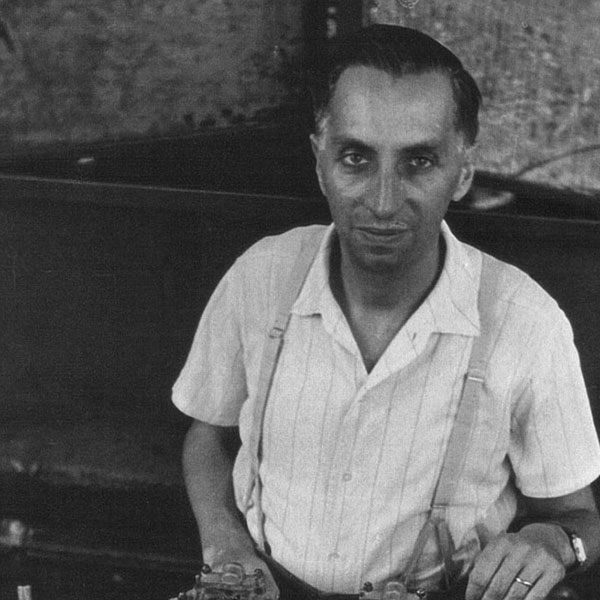 The story of Stanguellini Automobili, the first carmaker in Modena: a pursuit of extreme lightness and maximum aerodynamics.

Before Ferrari and Maserati, there is another name that connects Modena to engines: Stanguellini, a company that has been active in the sector since 1900. The company has curious origins. The initiator, Celso, began his career in 1879, right in the centre of Modena. He had a workshop of musical instruments and orchestral kettledrums with a metallic tuning, which he himself patented. The engine enthusiast was his son Francesco, who loved racing with motorised three-wheelers. Musical instruments coexisted with spare parts for velocipedes and automobiles, and the latters became Stanguellini’s new business within a few years.

The firm therefore moved out of the historic centre. In 1925 it became the first Fiat dealer in Modena and started to make a name for itself as Scuderia Stanguellini (Stanguellini racing team). The first vehicles were the Mignon motorcycles, also used by Nuvolari. Seven years later, Francesco Stanguellini died suddenly, and his son Vittorio found himself with responsibility for the company when he was only 19 years of age. He inherited his father’s insight regarding engines.

Vittorio Stanguellini put his first vehicles derived from Fiat and Maserati engines on the racetrack. In 1937 he put together his first team, conquering the 28th Targa Florio, thanks to racing driver Francesco Severi. It was the first of many victories. Stanguellini also became producer of hydraulic test benches for testing the power of the engines. The keyword is lightness. “An industry of calculation and precision, Stanguellini’s firm consists above all in making cars lighter.”– Giorgio Piovene will eventually write about the founder – “He perforates and removes everything he can to take weight away; it is a strange workshop where they pay 20,000 Lire for every kilo that is taken off.”

Among them, the Colibrì with Stanguellini frame and bodywork by Franco Scaglione took the aerodynamics to the limit. Powered by a Guzzi 250 single-cylinder engine, it managed to achieve 6 world records in 1963 on the high speed ring of Monza.