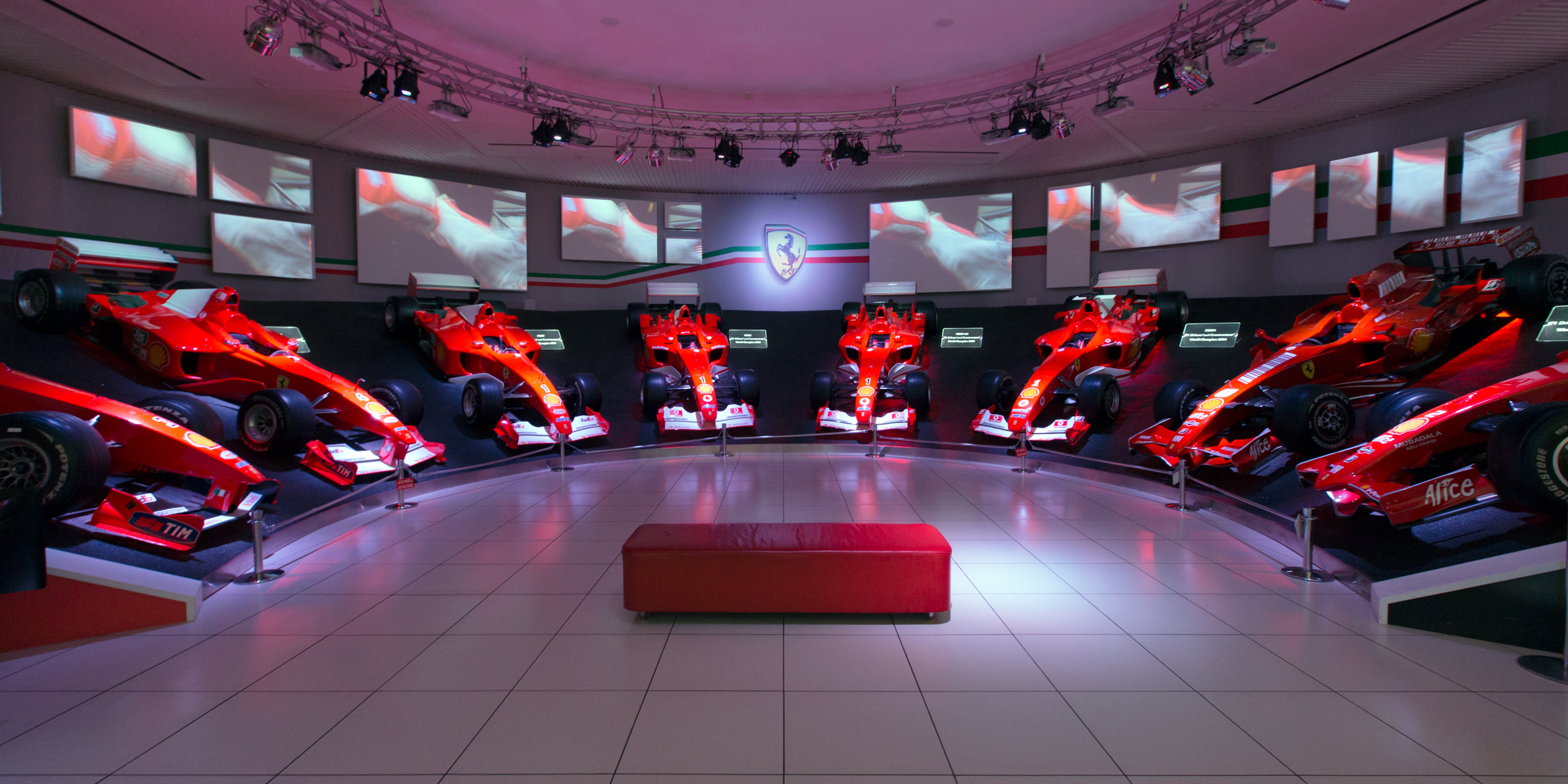 In 1990 Maranello celebrated the opening of the Galleria Ferrari, now called Museo (Museum), to celebrate the legend of the Cavallino Rampante (Prancing Horse).

Enzo Ferrari would have liked to see the Galleria dedicated to the myth of the Prancing Horse. During the 1980s he was involved in facilitating this last “effort”, unfortunately without success. In the summer of 1988, at the age of 90, he passed away when the Galleria was still a project on paper. Nonetheless, after a brief standstill, this same project took off again now to become a reality. The Galleria Ferrari was inaugurated on 18th February 1990, the Drake’s birthday, and since its opening it has never stopped attracting hordes of fans.

Through a permanent exhibition, the Galleria – now called Museo (Museum) – explains the yesterdays, the todays and the tomorrows of Ferrari, and it has dedicated various halls and themed exhibitions. Apart from the Sport Prototype models, the Grand Turismo and the road vehicles, a lot of space is given to the Formula 1 cars and to the world of the championships. Thanks to the ‘pit wall’ and the semi-professional simulators obtained from authentic Formula 1 cars, it is possible to understand what telemetry is and how a racer drives. There is also a chance to try to change a set of tyres!

The Cinema Hall with continuous projection of themed films, a great big Ferrari Store and the café complete the picture. In 2017 the Museum has been bolstered with a new wing, tied into the rest of the structure thanks to a continuous glass facade. Two exhibitions have been set up for the occasion. “Under the skin”, in collaboration with the London Design Museum, recounting the life and work of  Enzo Ferrari, telling in a new way the story of the creative and engineering development at the basis of his vehicles. ‘Infinite Red’, on the other hand, celebrates a few of the most exclusive Ferrari cars ever designed, from the 250 GTO – the most loved by collectors – to the F2004, winner of 15 Grand Prix.