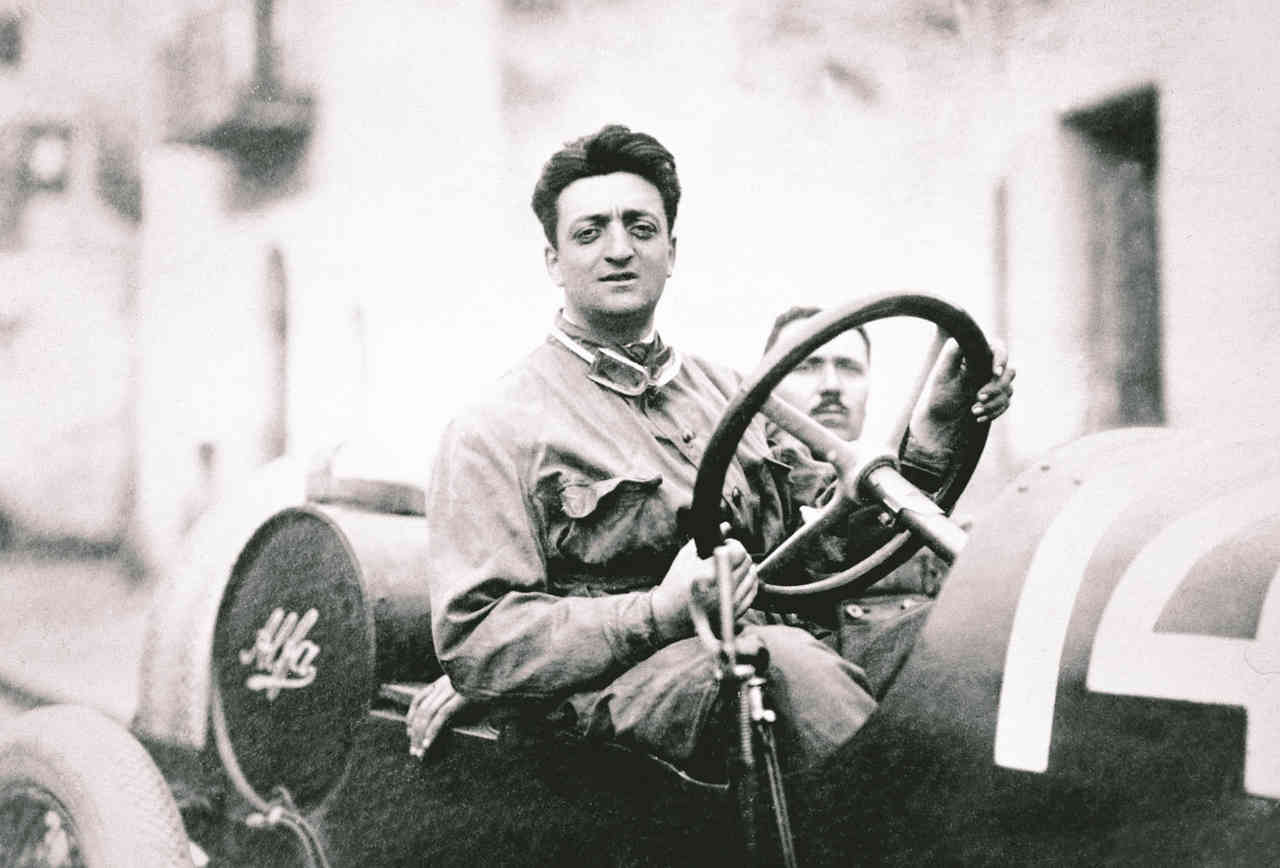 In 1943 Enzo Ferrari moved his firm, Auto Avio Costruzioni, from Modena to Maranello: it was the beginning of a strong bond between the city and the legendary “reds”.

The need for more space, the war and the law on decentralisation of businesses are the key factors in permanently linking the name of Ferrari to Maranello. The year is 1942, and Enzo Ferrari had been running his Auto Avio Costruzioni business for three years. He was pursuing his dream of building racing cars. The first cars were built in Modena, in the historical factory located in Via Trento e Trieste, not yet graced with the famous Prancing Horse (Cavallino Rampante). Although the Scuderia Ferrari (Ferrari Racing Team) was founded in 1929 inside Alfa Romeo, the Casa del Biscione (House of the Snake) actually forbade Enzo Ferrari from using his own name and symbol when building new automobiles, for several years into the future.

The war further complicated things. The city was not a safe place for conducting business activities. Therefore the entrepreneurs were invited to move their business operations outwards to the countryside. Enzo Ferrari gathered this initiative positively, also because he knew that his project required more space, which the works at Modena did not allow for.

The first place taken into consideration was Formigine, however an agreement could not be reached. Enzo Ferrari decided to go for Maranello. This proved to be a wise decision. Moreover, he was not a stranger to the citizens of Maranello, as he owned a colonial house and several plots of land in the area. Plus, the timing could not be better. There was actually some land for sale near his properties.

Between November and December 1942 Enzo Ferrari presented to Maranello authority magistrate Giuseppe Ferrari Amorotti the request for a building license to erect a prefab metal hangar on his land. Truth be told, the records of the negotiations do not mention racing cars, but rather constructions for agricultural use. One thing’s for certain: Enzo Ferrari kept his goal firmly in mind and knew he would reach it, one step at a time.

The magistrate’s go-ahead was given on the 4th December. Starting from 1943, the premises which are still home to Ferrari s.p.a. were built, recently enjoying renovation by renowned architects. Alongside the factory, the indivisible bond between Enzo Ferrari’s “reds” and the municipality of Maranello takes form.