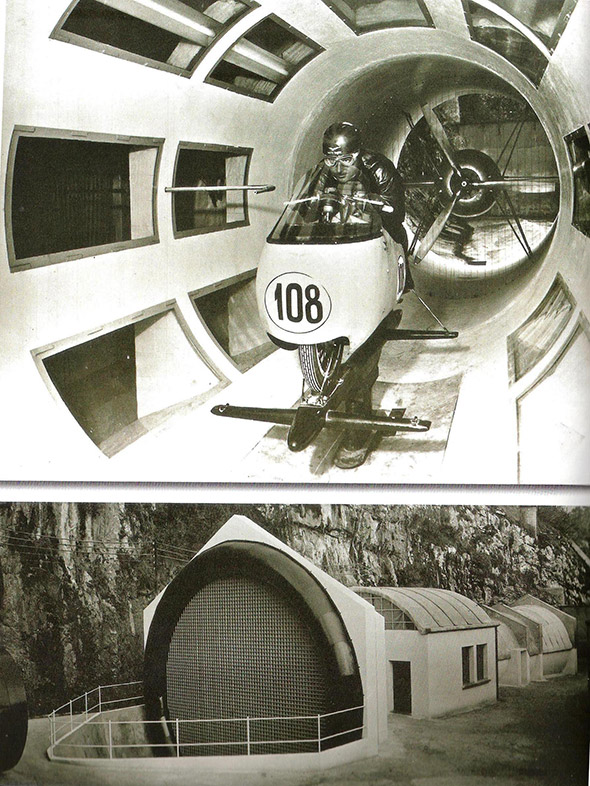 In the 1950s the first Wind Tunnel in the world for testing motorcycles was inaugurated at the Moto Guzzi factory.

Since its earliest days, the Guzzi works followed a path of innovation. Thanks to Carlo Guzzi, two power stations for electric supply, a radio tower for communicating with branches in Milano and Genova, and a fuel distributor inside the factory were built after the war. Above all, a Wind Tunnel which holds an exceptional record.

Strongly desired by Carlo, the Wind Tunnel was designed by his brother “Naco” Guzzi. This was the first Wind Tunnel built in Europe and the first in the world inside a motorcycle company. Designed in 1950, it was inaugurated in 1954 and its presence was immediately felt. Many citizens of Mandello still remember the infernal noise of the engine, started after working for hours to optimise the energy produced by the two electrical power stations owned by Moto Guzzi.

The Wind Tunnel inside the Mandello factory is now also used for testing the aerodynamics of elements other than motorcycles. For example, it has been used for testing ski clothes of the Italian Bobsleigh team, winner of the Olympics.