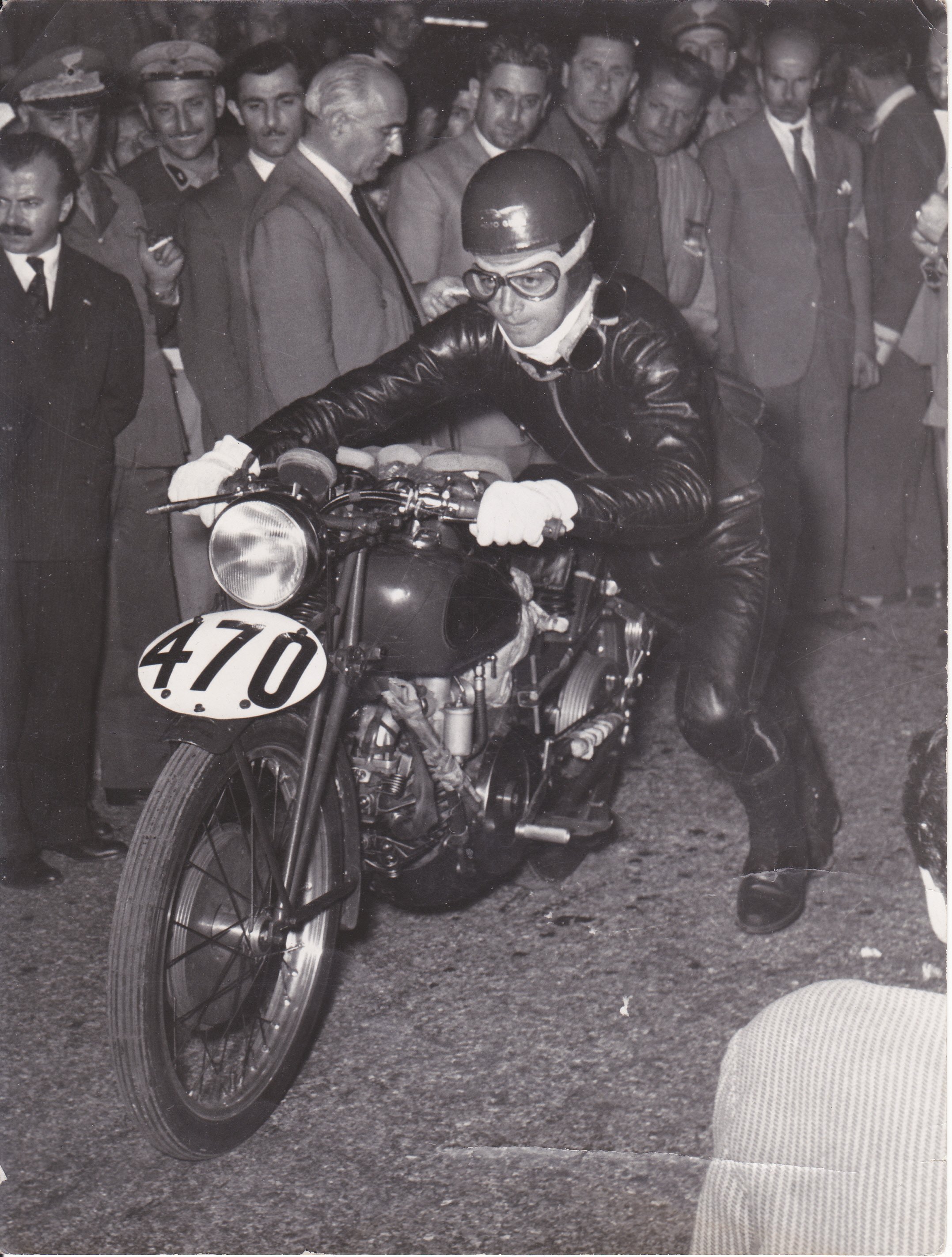 One of the historical hearts and souls in the races department of Moto Guzzi is Duilio Agostini, tester, racer and technician for racing motorcycles.

In the history of Moto Guzzi there is a Mandellese who contributed to the greatness of the Casa dell'Aquila (Eagle's House) and its sports motorbikes. We are talking about historical motorbike racer and tester Duilio Agostini.

Agostini was taken on by Guzzi in 1945. He attended the night-school for drawing: his future in the world of motorcycles is not destined to be in the sidelines but at the forefront. Namely, directly on the racetrack. In fact he was soon transferred to the races department, where he took up the role of tester. He will discover deep within himself a real passion for racing. His debut occurs in 1950 with the Guzzi “Condor 500”, used on loan. Alongside the debut there was also a first victory.

In 1953 he achieved an overall first place in the “Milano – Taranto” with the “Dondolino” (ding-a-ling). Furthermore, he took part in two editions of the “Tourist Trophy” and remained a member of the official Moto Guzzi team until 1956. Apart from being champion of Italy, he also won the French G.P. with the Guzzi 350.

Once retired from motorbike races, he opened a dealership in Mandello and, with a team of mechanics, he prepared motorbikes for success at the 24-hour Endurance races of the 1970s.