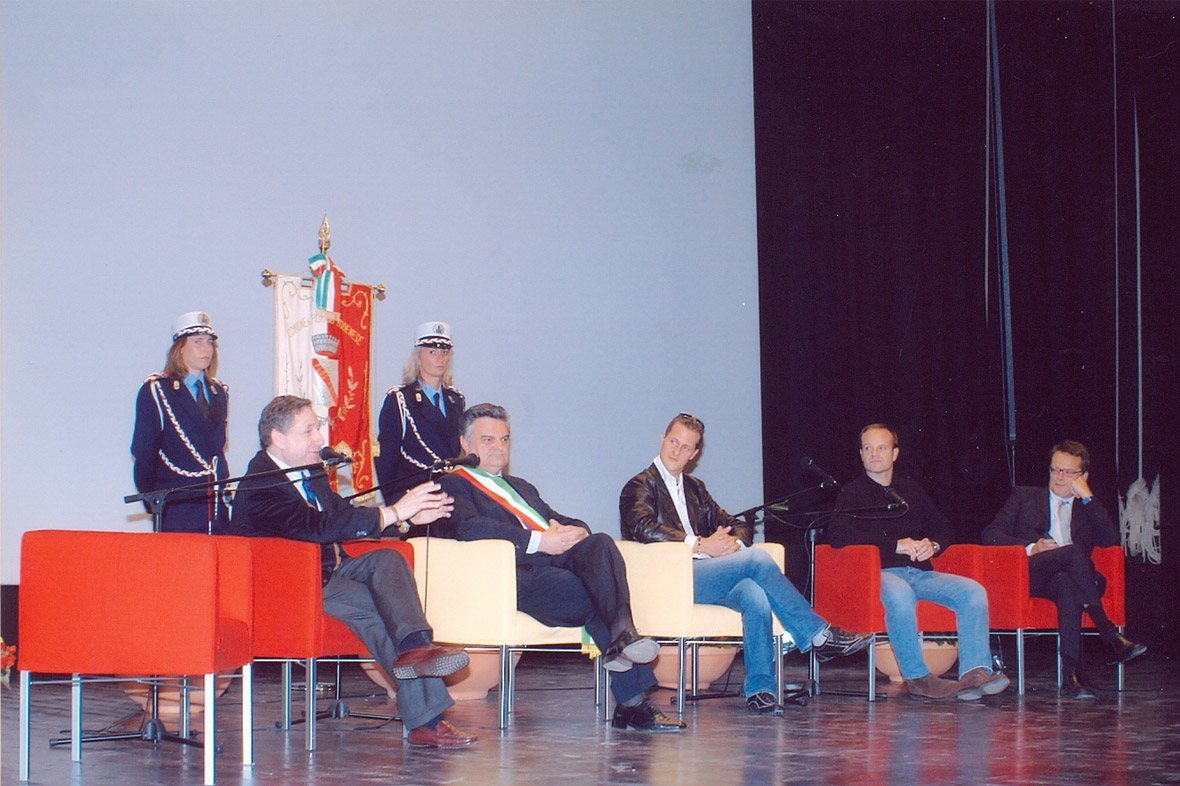 Schumacher and Barrichello are the Ferrari champions who received the keys to Fiorano in 2004 together with Luca Cordero di Montezemolo and Jean Todt.

At Fiorano Modenese, the 21st April 2004 is commemorated as a true and proper “Ferrari Day”. On the occasion of the inauguration of the Cinema Teatro Astoria, the mayor Egidio Pagani has given the keys to the city to Micheal Schumacher, Rubens Barrichello, Jean Todt and Luca Cordero di Montezemolo. They are an exceptional dream team, which in the early 2000s led the “reds” enthusiasts to their dream of collecting numerous successes and victories, honoured by Fiorano on the strength of the city’s long tie with Prancing Horse. It is actually here that the Drake decided to build the Ferrari test track in 1972, still being used as experimental facility to test the magical “reds”.