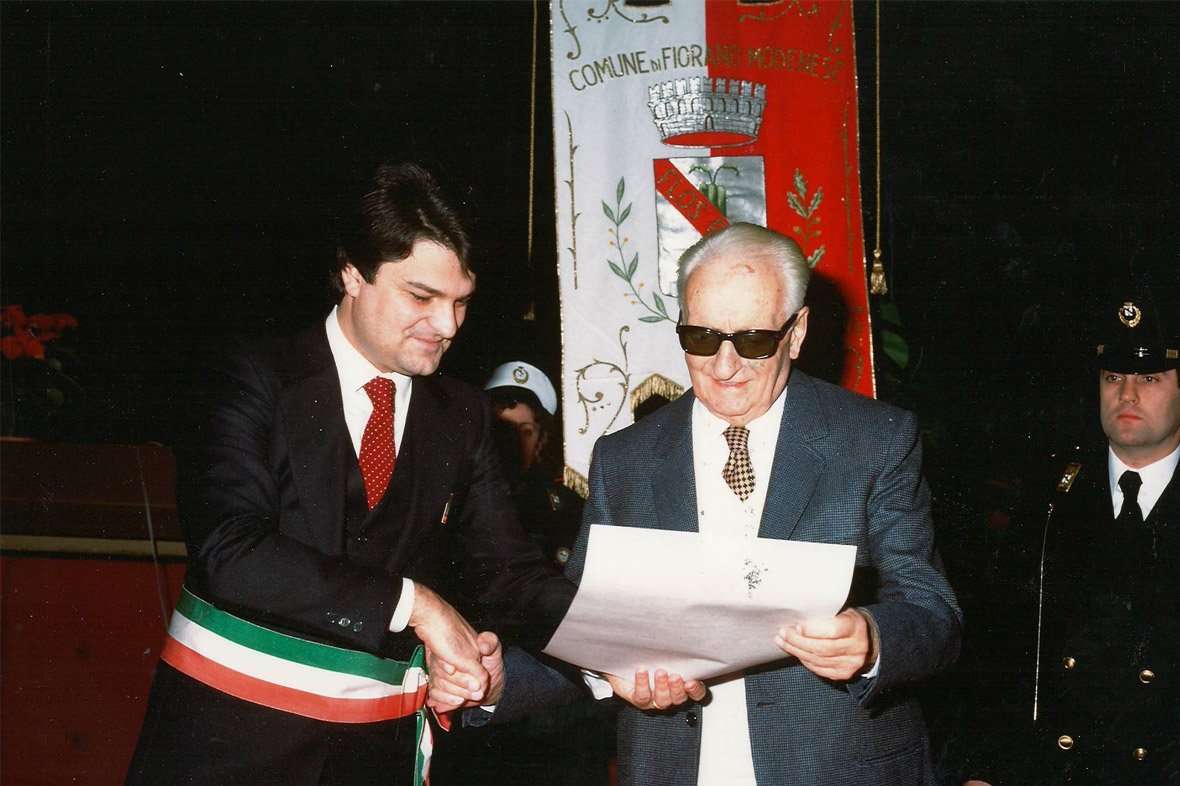 In 1982 the municipality of Fiorano Modenese bestowed honourary citizenship upon Enzo Ferrari.

Thanks to the fruitful exchange and relationship between Enzo Ferrari and Fiorano Modenese, in 1982 the municipality decided to bestow honourary citizenship upon him. The bond was created ten years earlier, in 1972, when the Drake decided to build here the Ferrari experimental track.

In honour of the ceremony and as “a thank you embed in nostalgia,” he told about his first real experience of Fiorano city, when he was just a child.

“I will tell you about my first encounter with the municipality of Fiorano. It was on the 8th September 1909. Back then, the provincial railways had their end station in Modena where Largo Garibaldi is now. My mother and my poor brother, who lost his life during the First World War, and myself, began our walk towards the train that goes to Sassuolo from Modena. We got to a miniscule station, with one tiny little street leading to Fiorano. On that street lived a friend of my father’s, a certain Morandi, with a ranch on the road which forks off from Fiorano to Maranello. It was him who provided us with Lambrusco wine year after year.

We got there, and then we walked to see the Madonna del Monte, your town’s Madonna, which is my mother’s favourite destination. I would never have thought that 73 years later I would go back to Fiorano and be given such a valorous honour.”