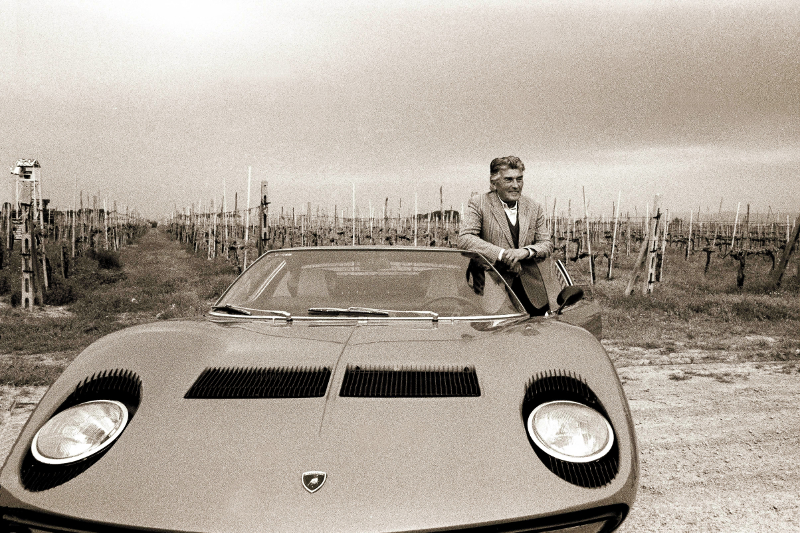 An anecdote tells that Ferruccio Lamborghini decided to open his car factory after an argument with Enzo Ferrari.

There is a little anecdote which makes the birth of Casa Lamborghini endearing. It is said that the real driving force in Ferruccio Lamborghini founding his automobile factory was an animated discussion he had with Enzo Ferrari. After all, both are known to have had a temper on them during their lifetimes, and some temper it was!

As long as Ferruccio Lamborghini is an entrepreneur in the tractor sector, sports cars are nothing but a passion for him. For example, he owns two Ferrari cars, but his experience with the Prancing Horse brand did not satisfy him as he expected. Hence, in 1962 he heads to Maranello to speak to Enzo Ferrari directly.

The problem Lamborghini points out to the Drake is the clutch: in his view it is way too small for the supercars of the Maranello-based company, and he suggests Ferrari should seek a solution. Ferrari, however, immediately incensed, retorts, “The clutch is not the problem. The problem is you don’t know how to drive a Ferrari and you break the clutch.”

Ferruccio’s reply is equally spontaneous and off the cuff, and also sounds like a challenge. “Dear engineer, I'll never buy your cars again. From now on I’ll make my own cars, then I can be sure they work the way I want them to.” No sooner said than done. One year later Ferruccio founds the Lamborghini company in Sant'Agata Bolognese. The goal, never concealed, will be to build  “the perfect car”.