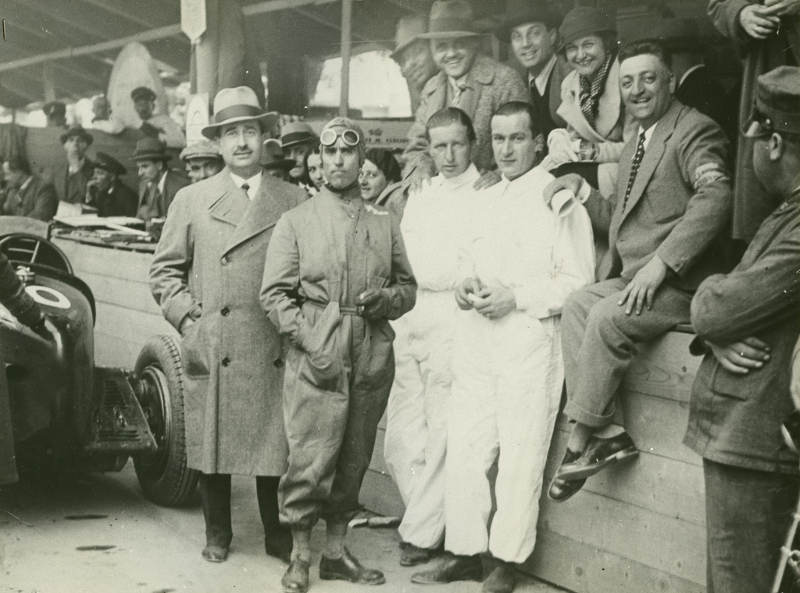 In 1924, Tazio Nuvolari and Enzo Ferrari met on the race field. Six years later, the “Drake” will want him as the top driver of his newborn racing division.

Basilica of Sant’Apollinare in Classe, Ravenna: this is where, in 1924, the encounter between the cream of the crop occurred. Among the drivers who were preparing at the starting boxes were Tazio Nuvolari and Enzo Ferrari. The first was not yet the “champion” that he would become a few years later, while the second had not yet begun his lucky career as an entrepreneur. However, they recognized each other’s talents.

Enzo Ferrari would later narrate in his memoirs that he had not, right away, given too much credit to “that skinny guy”, except when realizing that, during the race, Nuvolari was the only one capable of holding his own. Ferrari won in his Alfa 3, followed right behind by Nuvolari in a Chiribiri, not only on the Ravenna circuit, but also a few weeks later on the Polesine circuit.

The first encounter-conflict would only be the beginning of a lucky collaboration. The following year, Nuvolari was summoned by Alfa: the company was looking for a driver to replace Antonio Ascari, who had died on the race track. Nuvolari flew through the first five laps, until he ruinously went off the track on the sixth, due to worn-out tires and a jammed gear.

His partnership with Alfa had only been postponed. In 1930, when Ferrari was head of the racing department, Nuvolari was called to the new racing division, Scuderia Ferrari. This is where, with Alfa and Ferrari, the most prolific stage in his driving career started. Only in 1933 would the “Flying Mantuan” bring home eleven victories.