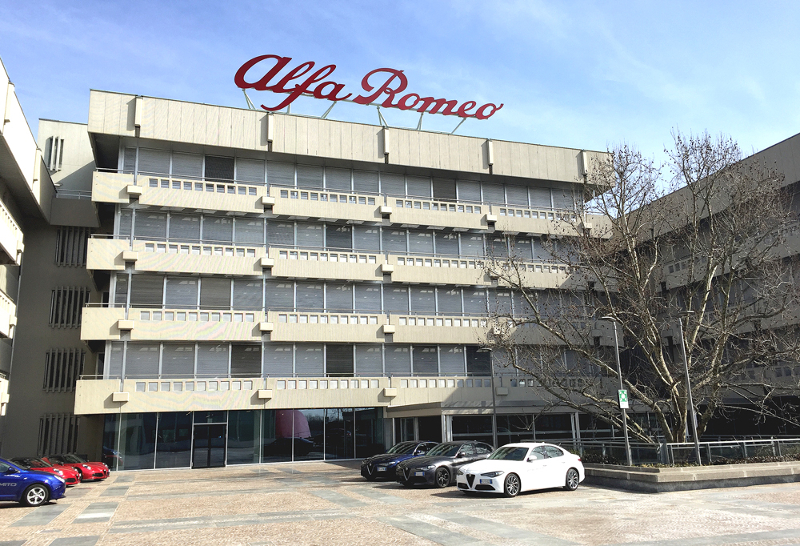 In 2015, the new Alfa Romeo Historical Museum was inaugurated, where the 69 models of the “Biscione” (Alfa Romeo's nickname), which marked the evolution of the trademark and of the automotive industry, are exhibited.

Arese means Alfa Romeo. The historical home of the “Casa del Biscione” (House of the Snake), after the adventure the company experienced throughout the territory came to an end, today the city houses the Alfa Romeo Historical Museum, which narrates its legend. A tried and true “time machine”, which takes us back years to the historical models and to the victories achieved on the track.

After remaining closed for three years, the museum reopened to the public on the 30th June 2015. Expanded and renovated, it looks like a true Alfa Romeo “brand center” with a bookshop, cafeteria, documentation center, test track, event space, and show room. Its pulse are obviously the historic red cars of the “Casa del Biscione”.

The museum evolves across six semi-floors and reveals the 69 Alfa Romeo models that have more than just marked the evolution of the brand, but also the very history of the car. You can admire the first A.L.F.A. car, the 24 HP. and the legendary winners of the Mille Miglia, like the 6C 1750 Gran Sport belonging to Tazio Nuvolari, the racing driver. Yet, there are also the 8C with its bodywork by Carrozzeria Touring, the Alfetta 159 - F1 champion with Juan Manuel Fangio - and the famous “Giulietta”, a true icon of the 1950s.

The museum is adjacent to the former Alfa Romeo factories. In the area that once belonged to the carmaker, “Il Centro” was inaugurated in 2016, one of Europe’s largest shopping centers and winner of the Mapic Award as “the best new shopping mall in the world”.