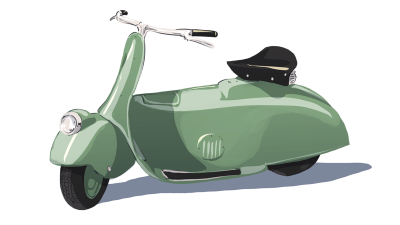 It’s a two-wheeler, has a revolutionary design and a humming engine. It is the Piaggio Vespa: and immediately we have a “Roman Holiday”, an economic boom and are going around the Bolognese hills on a 50 Special. Would you have ever said that original Vespa components were used in the Italian Air Force? That was in fact, Piaggio’s business, but ultimately, it was the Vespa that made the company take off. How? With its innovative and special characteristics which, among other things, won over a new market: women.