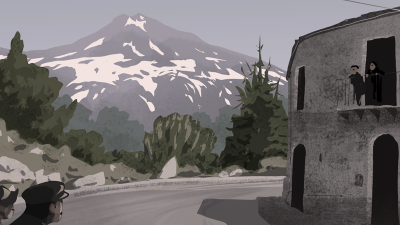 The Catania hill-climbing race– Etna isn’t called like this by chance. The volcano is over there, rising like a cone in the middle of the Mediterranean scrub: not a bad backdrop! The race is the pride of Etnean towns, Nicolosi first of all: did you know that the hill-climbing race starts right from here? And they have taken the question of motors seriously here, so much so as to establish two stables. The names are all planned: Etna, to honour the place, and Targa Florio, to honour the most famous Sicilian car race.